My new album, “Echos” is finally available today!! I’m absolutely thrilled to get to share it with you all! I hope it connects with each of you and that you enjoy it as much as I enjoyed getting to make it. So many amazing people are responsible for this release. A huge thank you to everyone at Nettwerk Music Group, all the musicians who played on the record, John Raham of Afterlife Studio‘s for producing, Joe Visciano for mixing, Randy Merrill of Sterling Sound for mastering and everyone else who had a hand in making this album. Thank you to the most wonderful and loving person I know – my wife, and also to my friends and family for always being there even though I have to be away sometimes.

Thank you to everyone who took part in my Pledge Music campaign and, finally, thank YOU ALL for your support and encouragement. I don’t take a moment of this adventure for granted and it wouldn’t be possible without you. Thank you all so much. Enjoy!

Or pick it up at your favorite retailer: 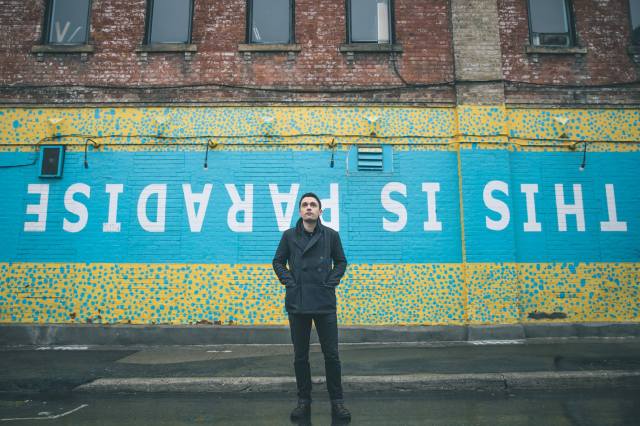 “Much like Joshua Radin and Damien Rice, Joshua Hyslop puts a contemporary spin on the classic form that is folk music.” – Folk Alley

Canadian singer-songwriter Joshua Hyslop just released his latest single “Home” from his upcoming album Echos, out February 23. He shared the video for the track yesterday via the The Bluegrass Situation. Echos is available for pre-order now on Pledge, iTunes, Google, Amazon.

Joshua also announced he will be joining Seattle artist SYML on his UK and European tour in February including two nights sold-out in London. In addition to these dates, Hyslop also announced a headline date in Amsterdam.

“‘Echos’ is an album about empathy.” says Joshua. “I wrote most of these songs about real experiences that people close to me have had in the past year or so. A few reflect my own life, but mostly these tracks came from listening to other people’s stories and then attempting to capture and articulate the emotions within. My hope is that it deeply resonates with people, encourages and reminds them to treat each other with kindness. I think it’s very important these days to remember that everybody has a story and to try to see things from each other’s perspectives.” The first single “Fall” has already accumulated over one million streams since release and has been heavily supported at Spotify, on playlists such as Folk & Friends, Your Coffee Break, Fresh Folk, Acoustic Chill and more.

Since emerging with his 2012 full-length debut Where The Mountain Meets The Valley, Joshua Hyslop has accumulated over 65 Million streams worldwide, performed over 250 shows spanning North America and Europe, garnered critical acclaim and support throughout the media and music industry, and has carved out an impressive diehard fan base.

Stay tuned for more updates from Joshua Hyslop in the coming weeks.

ECHOS TRACK LISTING:
Say It Again
Stand Your Ground
Home
Long Way Down
What’s To Come
Lighter Than A Stone
How You’ve Been
This Is How It Goes
Into The Dark
Fall
At All